This paper presents a statistical combination of searches targeting final states with two top quarks and invisible particles and characterised by the presence of zero, one or two leptons, at least one jet originating from a $b$-quark and missing transverse momentum. The analyses are performed with the ATLAS detector using $139~\mathrm{fb}^{−1}$ of $pp$ collisions at a centre-of-mass energy of 13 TeV at the LHC and search for phenomena beyond the Standard Model consistent with the production of dark matter particles at colliders. The results are interpreted in terms of simplified dark matter models with a spin-0 scalar or pseudoscalar mediator particle. In addition, the results are interpreted in terms of upper limits on the Higgs boson invisible branching ratio, where the Higgs boson is produced according to the Standard Model in association with a pair of top quarks. For scalar (pseudoscalar) dark matter models, the statistical combination extends the excluded mass range by 100 (30) GeV with respect to the best of the individual channels, excluding mediator masses up to 370 GeV for unitary couplings assumptions. In addition, the statistical combination improves the expected coupling exclusion reach by 14% (24%), assuming a scalar (pseudoscalar) mediator of 10 GeV. An upper limit on the Higgs boson invisible branching ratio of 0.40 ($0.30^{+0.13}_{−0.09}$) is observed (expected) at 95% confidence level. 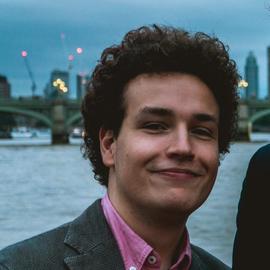 I’m an experimental particle physicist looking for new physics at the ATLAS experiment with machine learning.